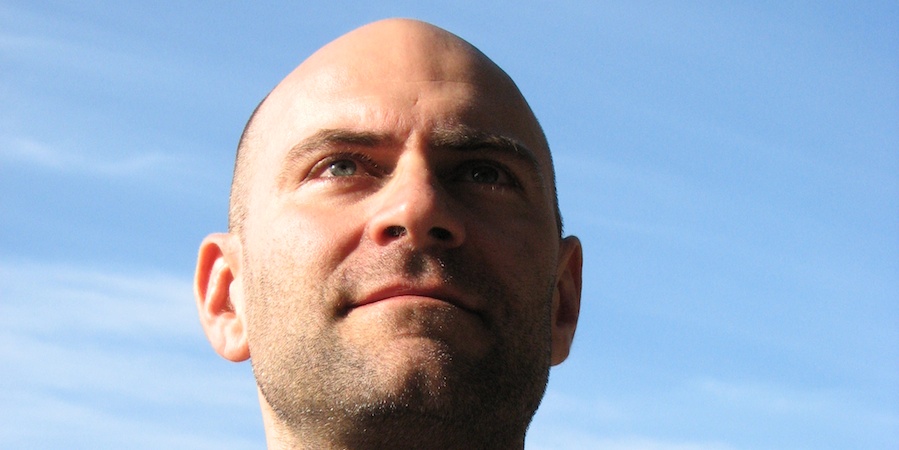 At the age of 18, Thad Crouch joined the United States Army as an infantry soldier to stand for freedom, democracy, human rights and security. Not long after his service, Thad discovered that during the time he spent assisting the US Army School of the Americas he’d been training “death squads” that had tortured and killed civilians. Feeling betrayed by institutions he would have killed and died for, Thad became a local leader in protest movements to fight injustice.

After years of imbalanced cycles of extreme activism and burn-out, Thad grew frustrated and dissatisfied. It was then that Thad was introduced to VisionForce founder, Michael Skye. Michael saw Thad’s heart and his potential to impact our world, and offered to stand with him. After a year facing and feeling his deep pain, Thad accepted Michael’s offer.

Thad asked Michael and VisionForce to help him envision how to better fighting for soldiers’ freedom of conscience, and StandWithHonor.com was born. 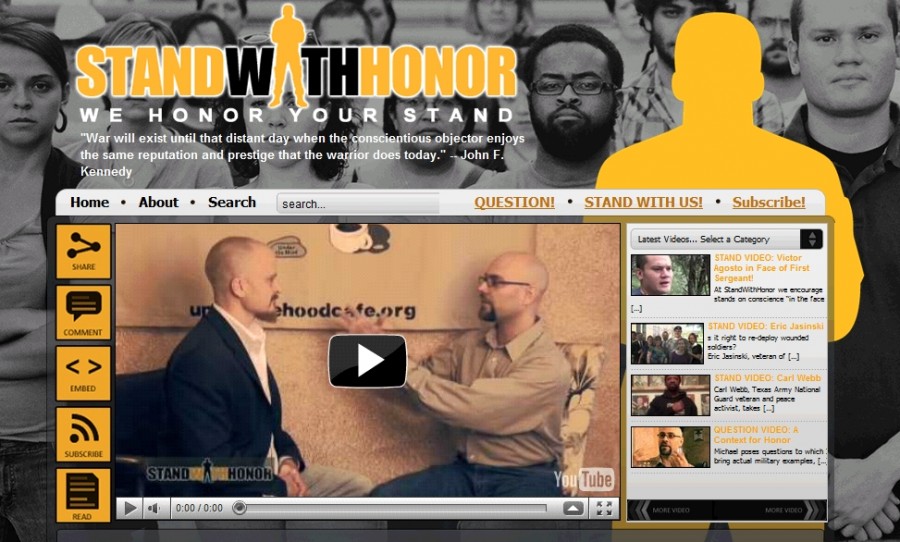 As part of the StandWithHonor web site initiative, Michael accompanied Thad to Fort Hood, where Thad supported soldiers who had take a stand to fight no more, or who were considering it. There they recorded videos for the website, such as the one below (see more at www.standwithhonor.com):

One of Thad’s commitments as a peacemaker is to support the annual National Assembly To Honor Freedom of Conscience. Michael joined Thad by presenting his Honor Window work to the assembly, as well as leading an honoring ritual to honor all the soldiers of conscience in attendance.

When one of the Soldiers of Conscience Thad was supporting faced a suprise court martial date, Thad and Michael wanted to find a way to honor Travis for the stand he was taking. To counter the ritual of shaming the soldier that a court martial is supposed to be, including being led away in handcuffs by six of your peers, Thad gathered a group of veterans to wait outside the courthouse and on his command, salute Travis. This never would have been allowed, as cameras were disallowed, but Thad and his team captured brief video and some photos (including the one below, which made it into the local paper):

VisionForce then sponsored Thad into an iStand Ceremony, where Thad reclaimed his honor and his vision. “All the pain I have been avoiding can now be transformed into energy to live out my vision; My vulnerability is now invincibility; I feel indomitable!” proclaims Thad. He understands his biggest obstacles are within, and the power to face them is always his own. He is now willing to risk everything and avoid nothing to stand for and to honor soldiers of conscience. His heart accepts both the challenges and the comforts of Love. Here is a video of Thad at that iStand:

While at the iStand in Australia, Thad was inspired to stand for being the one to bring about a “boot camp for peacemakers,” a sacred iStand ceremony, which is also a powerful induction into being a change maker with VisionForce’s ways of honor. Thad is inspired to honor and support other soldiers, such as John and Gerry: